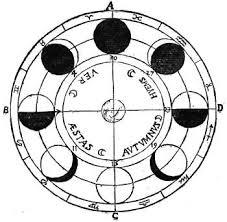 The Ibbison court ruling is being inappropriately used to take precious rights away from us citizens. Inappropriate because of the erroneous assumption in the decision that only fee simple ownership, with the right of unfettered exclusion, matters in determining exactly where we Rhode Islanders can exercise our constitutionally guaranteed “shore rights and privileges”. This and the use of a “special definition” of the word shore in the ruling, a definition not readily available to the populace who voted to accept the constitution document, illustrate the primary reason why this case has no place in deciding issues of our shore rights and privileges. (for details see the three part essay “Ibbison Never Decided” on the RISAC website [www.rishoreaccess.org]) But because the Ibbison ruling has been misused by so many, and been given so much weight by our agencies and officials, I would like to put one more nail into its proverbial coffin.

Justice Shea’s decision introduced the idea that our rights of the shore only exist below the high tide line, even though there is no mention of tides in the constitution and historically that was not the case. The introductory paragraph above mentioned the primary, inviolable reasons to challenge Ibbison. This essay will explore the scientific and statistical problems that render using it in our shore conversations a travesty.

Many people who think they have an accurate idea of the Ibbison decision, in fact, do not. The truth is, the Ibbison ruling contains technical flaws that render the basis of Justice Shea‘s ruling useless and absurd. Yet these flaws have been ignored by our state agencies and police, who are specifically charged to be the guardians of our constitutional shore rights [sect 16 RI Constitution].

In his inappropriate focus on ownership of the land being the sole arbiter of the scope of public access along the shore, Justice Shea sought technical help for a definition of an ultimate high tide line location in order to further define the limit of coastal property boundaries. The technical answer was that there is another lunar cycle, in addition to the monthly changes, to be taken into account.

About 2000 years ago a Greek named Metonicus discovered a pattern in the lunar motions that now bears his name, the Metonic cycle. Most people, even some of those in charge of our government, do not have a clear understanding of the details of this cycle.

One problem with using the Metonic high tide line is that no one knows where it is. It is a concept, and although accurate, it is nowhere to be found on any map or survey of the landscape. This is precisely the reason why Mr. Ibbison was not found guilty. The court’s final comment illustrates the ambiguity of the decision; “In the future, any municipality that intends to impose criminal penalties for trespass on waterfront property above the mean-high-tide line must prove beyond a reasonable doubt that the defendant knew the location of the boundary line and intentionally trespassed across it.”

He declared that it was unreasonable for any citizen or municipality to know the location of that place on the coast. Therefore Mr. Ibbison was not found guilty of criminal trespass because he could not reasonably know that he was trespassing (and neither could the shorefront owner who called the police). The logical extension of this part of Justice Shea’s ruling gives all Rhode Island citizens the de facto permission to walk, fish, swim, and gather seaweed anywhere along the coast near the water because it would be impossible to prove that they were above the Metonic high tide line.

That thought should have been a liberating impulse in our civic discourse on the subject. But, perversely, most people only remember the words “below high-tide” when the subject of shore rights and the Ibbison case comes up. The result of this misconception is people surrendering the full breadth of their rights to pass along the shore.

There is also a ridiculous, perhaps even farcical, aspect to the Metonic Cycle discussion. Namely, that at this time in the cycle the Metonic high tide-line (which is an average) is currently below the daily low tide line we see on our beaches. If you were to stand at Narragansett Beach today, even at low tide, the Metonic high tide line is somewhere out under the water. That means, literally, that the Ibbison decision declares that there is no place where Rhode Islanders at the moment have the right to exercise any kind of constitutional shore rights and privileges. I do not think it is possible that the Rhode Island judicial system intended to negate our constitution for protracted periods of time, but that has been the effect.

A final problem is that the Metonic high tide line is an average of the past 18.6 years projected into the future. On a planet where sea level is not changing or changing at a fixed rate it would not be an issue.

But we don’t live on that type of planet anymore. Global warming and the concomitant rise in sea level at an accelerating pace undermines any confidence that past activity can accurately and competently predict the future state of affairs. Major geological processes are changing in ways and at speeds not seen before. Indeed, some of these could make noticeable sea level changes over the span of days…not decades or centuries.

Therefore using a location such as the Metonic high tide line, which literally changes every day in an unpredictable way, as a boundary that could be used to make a Rhode Islander a criminal (by trespass) is beyond the reach of common sense. That is because the “boundary” line for trespass is itself an ephemeral construct. That ambiguity leaves all Rhode Islanders free to walk, fish, swim, and gather seaweed anywhere along the tidal shore (shore=the land bordering a usually large body of water) as long as they are close to the edge of the water.

That last point of discussion, “close to the edge of the water”, is important because it is a reminder that our constitutional shore rights are not a sweeping declaration that any land near the sea is public. It is not.

We have inherited the right to use only a narrow strip of the coast for our rights and privileges. Only an approximately ten foot wide (for a colonial ox cart gathering seaweed) swath of land is legally available to us, no matter how wide the beach or yard of the shore front property is. We may not walk across private property without permission to get to our usable strip along the water’s edge. Only public access points provide that. Likewise we can’t play football, get out of the wind behind the dunes, use the shrubbery for bathroom purposes, or do anything else that would require more than the ten feet of land along the edge of the sea.

But that is a lot. Our easement along the edge of the water in Rhode Island is a unique gift from our predecessors that makes this state special. The concept and fact of access to the shore is what brings tourists here for their vacations; and sends them home with suntans, smiles, and dreams of returning again to the Ocean State.

So join in. Explore the website [www.rishoreaccess.org] and guide your friends there too. Urge them to sign up on the site for future updates and action news. E-mail your state agencies, representatives and senators at the state house and re-educate our politicians and agency staff to the truth that our shore access has nothing to do with the tides or property ownership. Ask them to visit the website and get up to speed on the issue.

The more educated we all are about the subject, the more effective we can be in our effort to get Rhode Island back on course.

Make Rhode Island more that the little state that can.

Help make it the little state that did!