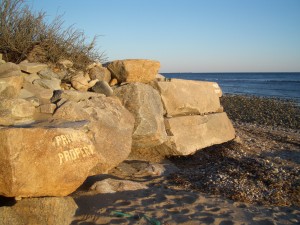 Any effort to understand the confusion and controversy swirling around the issue of our constitutionally guaranteed rights to use our shoreline has to include a look at how the word “shore” has been adulterated in the now infamous Ibbison court case.

In his efforts to use state ownership of the coastal area below the high line as the deciding factor to determine our coastal rights and privileges, Justice Shea focused on the word “shore,” which appears in section 17 of the Constitution in the phrase “rights and privileges of the shore.”

The court’s ruling made a declaration that “the word shore has its landward boundary at the high tide line. The problem that presents itself is that at any place with a sea wall the sea level simply rises and falls up and down the vertical surface. There would never be any area below the high tide line available to us citizens for our shore privileges. Is it acceptable that the Rhode Island judicial system can create the situation where one citizen builds a wall, and by doing so disenfranchises all of his/her fellow citizens of their inherited constitutional rights? I don’t think so.

The problem is that the words of the Constitution were voted into law by the people of Rhode Island who did not have special legal dictionaries. The section which received the highest popular support was section 17, the section that dealt with shore rights and privileges. Sixty-seven percent of the Rhode Island electorate voted to accept the wording in the Constitution as it was presented to them, which included the word “shore.” 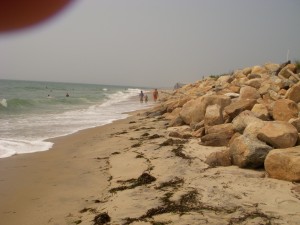 They voted with their common understanding of the word, perhaps the definition offered in one of the eight dictionaries they might have had on hand. They had no referral to, nor guidance from, “special legal dictionaries.” By their vote the citizens of Rhode Island themselves defined the location of their shore privileges. They made the word “shore” a part of their constitution with the everyman’s understanding that it meant “land bordering a large body of water.” The land is dry. Whether there is a seawall or not, the “shore” they voted on is along the edge of the sea…not under it.

Furthermore, if you consult any text on oceanography you will find that the label “shore” in the diagrams clearly includes land area above high tide along the edge of the sea.

Could this twisting of the definition of the word “shore” have turned out to be some kind of Machiavellian legal “bait and switch”? Could it be that the people voted to accept the word “shore” in an ordinary voting process with their ordinary definition of the word meaning “the land bordering a large body of water” and now they are being duped? That years later the officers of the courts in Rhode Island, state agencies and certainly some shorefront owners are using a definition from “special dictionaries” to squeeze the citizens into the water and off of the land on which they have the right to exercise their privileges. Would that be justice? I don’t think so.

So how do we fix what is wrong with the misuse of the Ibbison ruling? Fortunately there is an opportunity on the horizon which can address this issue with input from all concerned and well intended parties. Stay tuned in for the wrap up of the analysis of the shore access controversy in a later edition. 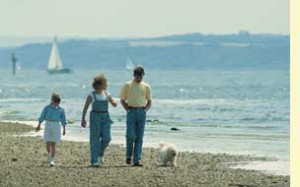